Skip to main content
Labels
Posted by Kerryn May 19, 2020

We don't normally celebrate dog's birthdays but yesterday was a milestone for office dogs Hester and Dido. Believe it or not they are now officially veterans having reached the grand old age of seven.  That doesn’t mean they get to retire just yet though, but for one rather unusual year they received birthday gifts it just wouldn't be fair if one dog  was left out so office dog Flora got one too!  Now why are they in Christmas paper?  Well they don't know the difference but they did get Lily's Kitchen special Christmas Spectacular for tea because they didn't get to enjoy it at the right time as Flora was very ill over the festive season (emergency vet visits on Christmas Eve evening and Boxing Day - oh Flora, thank heavens for insurance!!) 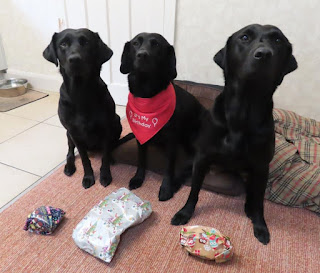 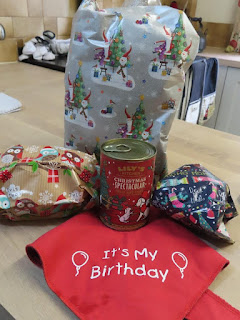 I think they very much enjoyed their gifts although Flora and Dido swapped theirs and by bedtime Flora had unstuffed the squeaky soft toy sprout that she claimed as hers.
We know how much you enjoy seeing photos of the office dogs so have a few birthday ones. 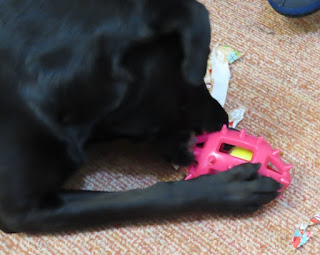 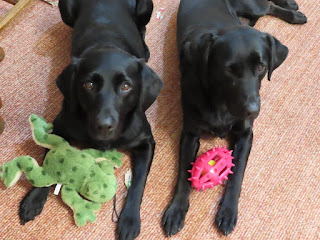