Houston, we have a problem

The autumn spiders are already making themselves at home It's only the beginning of September and there in lies the problem. Early autumn (later summer really) and there are no conkers yet.  Despite evidence to the contrary our resident arachnophobe is positive that heaps of conkers dissuade the little eight-leggers from coming in and prevent any that do venture across the threshold from setting up house or maybe that should be web.
Another sign of impending autumn is the arrival of the rugby premiership which delights KH no end (Tigers KO Sat at 3 but no TV coverage of the seismic impact of two Tuilagis meeting on opposing teams, boo, I'll just have to watch the London double header instead) but makes AW sigh at the thought of the long discussions which will ensue in the coming months.

CJS is growing and the office has needed a reshuffle to fit everyone in, meaning I have a new desk and a new view: 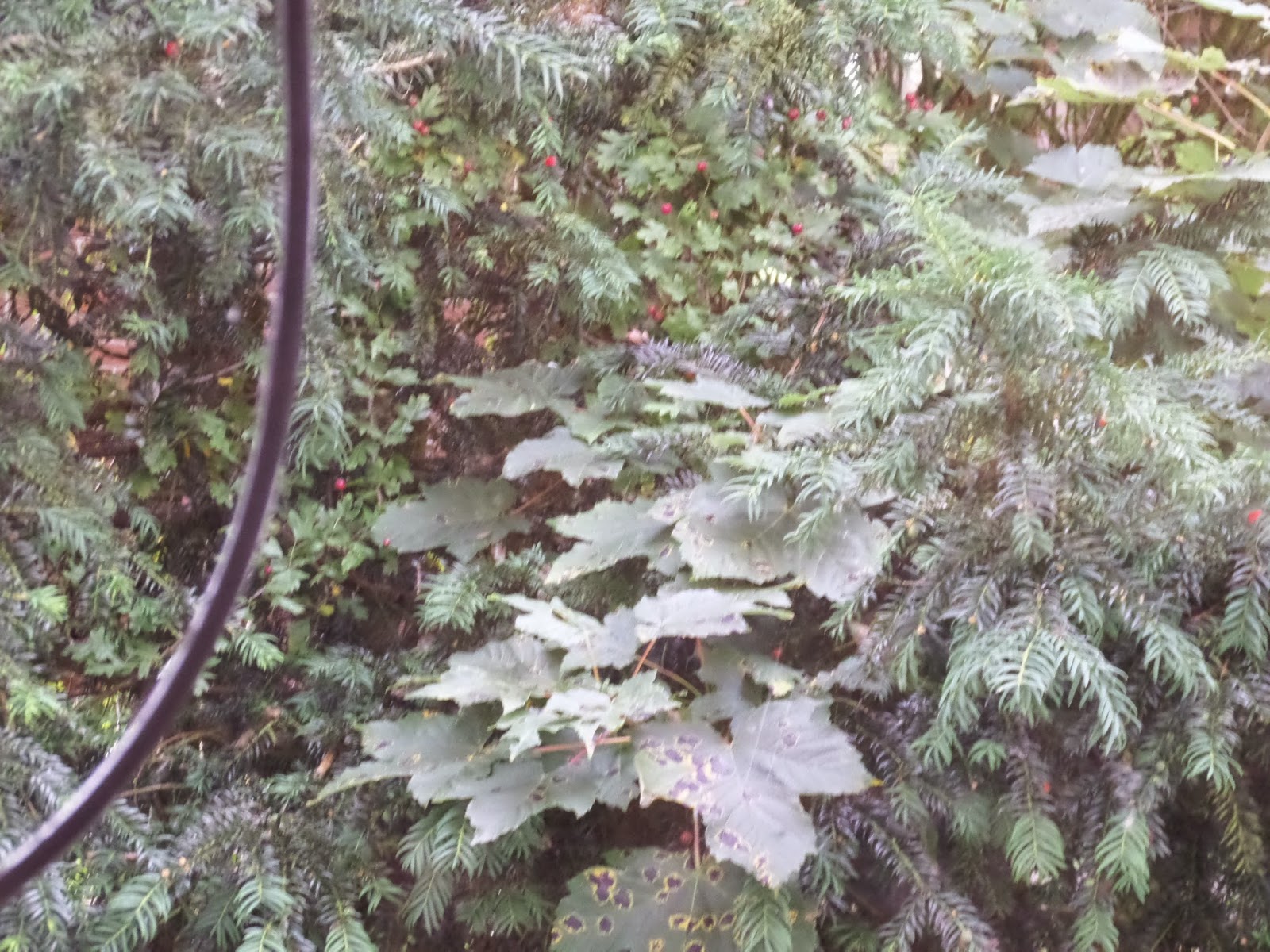 I know it looks rather uninspiring here but it's in the middle of a very old hawthorn hedge with a beetle bank and wildflower meadow below and at the moment the hedge is covered in berries: hawthorn, yew, rose hip and all less than 8 feet from my keyboard.  All of which is proving rather distracting, I now have the RPSB Complete Birds open on my desk.  My tally for today is blackbird, blue tit, nuthatch, tree sparrow, great tit, sparrowhawk (well, I think that high speed brown flash was a hawk) and another unidentified warbler - little brown job this time, not so little it's nearly greenfinch-sized and has a lovely chestnut cap, it wasn't here for long (or I didn't see it for long) and didn't notice any 'eyebrows' or any other distinguishing features; typically since the bird book has been open it's not been back.
As I now have the worst wifi in the building (even though I'm only on the other side of the wall from everyone else) the birds give me something to watch whilst things are buffering or at least until the signal booster is moved.

The latest weekly edition is on route to digital subscribers and postal ones will be dispatched tonight as usual, there are 16 pages this week with a whole heap of news, details of surveys and fieldwork opportunities added to the website over the past month plus the usual job ads, 37 ads for paid posts and 7 more for voluntary ones.