Skip to main content
Labels
Posted by Kerryn May 17, 2019

At serious risk of extinction.

After the UN's shocking warning last week reporting that one million species face extinction it's more important than ever that we see today's 13th annual Endangered Species Day as an opportunity for people of all ages to learn about the importance of protecting endangered species and everyday actions they can take to help protect them. 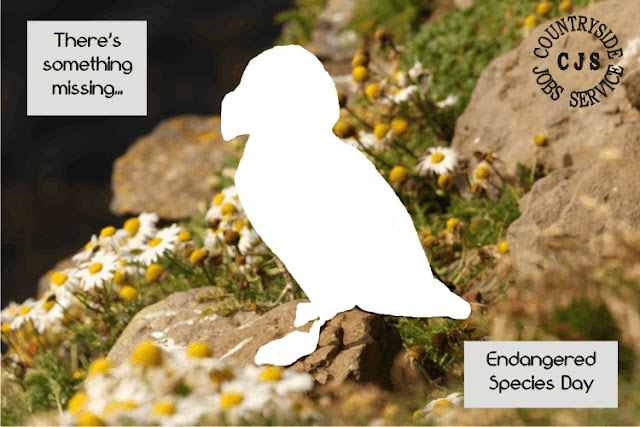 The OED defines endangered as: "(of a species) seriously at risk of extinction." And IUCN say that over a quarter of all assessed species (27%) are threatened with extinction that's more than 27,000 species which is a lot of endangered species (I think that's probably due for an update - Ed).

For obvious reasons there is more data on larger animals, 3.4% of European mammals were classed as Data Deficient i.e. not information to make a judgement however for other smaller species there are huge gaps in our knowledge. For more than half of the bee species in Europe (56.7%) and in the EU 27 (55.6%), there was not enough data to evaluate their risk of extinction, as more data becomes available, it is possible that many of these species may also prove to be threatened.  More data doesn't mean the animals are safe (have a status of Least Concern), on the contrary it is known than more than a quarter (27%) of European mammals are declining in population.  It is no less complex with the plant kingdom.  Find out how species are assessed.
For the UK IUCN has records for 2060 species ranging from small mosses to large mammals, 51 are classed as globally critically endangered within the UK and a further 65 are listed as endangered (although where I'd go to see a wild Egyptian Vulture in the UK I'd love to know!).
Classification of endangered status is done globally so a species like the water vole which is a UK biodiversity target  has the same classification as the herring gull.  The reason given is that water vole populations are stable and it is even considered a pest in some parts of its range whilst the herring gull is declining and the IUCN say that "should new evidence suggest that it is continuing to decline the species would warrant uplisting to Near Threatened". 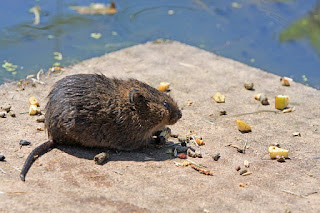 Water voles have undergone one of the most serious declines of any wild mammal in Britain during the 20th century, disappearing from 94% of their former sites which is why they are a UK biodiversity target and are the subject of many conservation and reintroduction projects - no doubt much to the horror or people living where they are so numerous they are deemed a pest! Find out more about the water vole in this PTES information sheet which also has details of how to take part in their national monitoring programme.
When the status of species makes the situation this complex it's important that those of us working in the sector, especially those involved, however small, in education and interpretation are able to present the facts in a simple, easily understood way to any one showing interest and help them grasp the importance of species conservation. 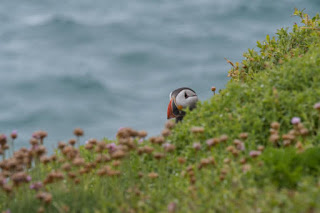 Some of our beloved species are endangered no matter where you are, like the bumbling little puffin and the majestic basking shark.  Earlier in the month the National Trust announced that they will now be monitoring the numbers of puffins on the Farne Islands annually hoping that what's learnt might help to halt the global decline.
On this Endangered Species Day take time to learn about the importance of protecting endangered species and find out what you can do to help them.  Perhaps one the best ways to help is to help increase our knowledge of when and where species are seen.  There are lots of ways to do this, take part in a bioblitz type event, use one of the many apps to check and submit your sightings, send your sightings direct to one of the many groups collecting records or join a local recording group.  CJS has details of many of the citizen science projects that ask for sightings, find these here.

CJS is proud to be a supporter of the National Biodiversity Network (NBN) is the UK’s largest partnership for nature. Read their introduction to CJS readers giving more about the NBN, including who is part of the Network and what it does.  There are also details about their very large records database, the NBN Atlas.