The office dogs and I were out yesterday delivering the first of our family and friends cards around the village which turns out to very appropriate as yesterday (9 December) was Christmas Card Day a timely reminder to sort out the list and put pen to card. Don't worry there's still time Royal Mail says the last posting dates are Tuesday 18 and Thursday 20 for second and first class deliveries respectively.

But have you ever thought about why we send Christmas cards or when the tradition started?
Apparently is was a marketing ploy by Sir Henry Cole who worked for what became the Post Office to encourage ordinary people to use the new postal service which was created three years earlier in 1840, it might have been possible to post a letter for a penny but the first cards designed by Sir Henry's friend John Horsley cost a schilling! 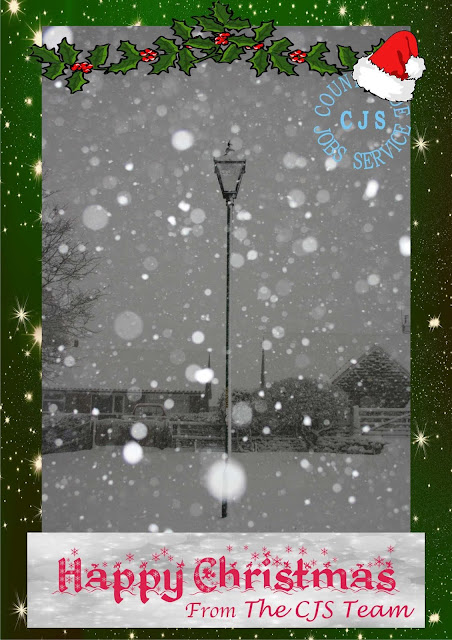 This year's card image: 9.30 a.m. on 30 November 2017 on the main road through Goathland! Read more about CJS's snow day in my blog post from that day.  Fortunately it didn't look anything like that yesterday - otherwise I think we'd have been curled up the fire instead.