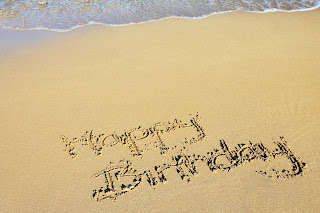 I'm going to go out on a limb and say I can't actually remember the first job I filled through CJS. As we're celebrating a quarter-century of this pillar of the conservation community I guess it's probably one that was about 25 years ago. I've no doubt the incredible data-handling of CJS could look back and see them all, but let me simply say there has been a very large number of staff and volunteers working for me over the years who owe their jobs to the Countryside Jobs Service.

So back in 1994 I was working for Hampshire County Council, living in a ranger house on the Royal Victoria Country Park, Netley, with great views over Fawley oil refinery. It was a great time - rangers today will roll their eyes when I remind them that we had three full-time staff and a team of trainees to manage just over 80 hectares of land. Fun times. I was managing an urban woodland with various challenges of what we would now call 'anti-social behaviour', and we often recruited for seasonal or temporary posts. I soon learnt the benefit of advertising widely for staff, and came to rely on the service provided by CJS to find me the people I needed. Jobseekers might rightly feel that getting a job was easier in those days, but nonetheless I do remember CJS being so successful that I once had over 200 applications for a single job, including people from America, Canada and Australia!

Little wonder that as I moved on to other jobs, I always took CJS with me. In fact, I got those jobs through CJS myself. At some point during that time, CJS also came to the rescue of one of my pet projects, the website Naturenet, which I started way back in 1995 when the internet was all fields. It was derived from a paper document I had typed back in Hampshire, and when I got fed up with people asking for copies I thought I'd put it on that new thing they called the World Wide Web. Back then, it cost me money to host websites, buy software, and renew domains and stuff, and it was largely money that I as a skint young ranger didn't have. So first Niall and later Kerryn of CJS generously saw fit to sponsor what was, back then, one of only a very few websites about countryside and conservation. Even English Nature (as it then was) didn't have a website, and really basic information was not easy to find. At one point Naturenet was, for example, the only online place where you could look at the schedules of the Wildlife and Countryside Act. So CJS played an important part in keeping some great countryside and wildlife information on the early internet, which a lot of people found very useful.

At last, the time came for me to take a job that I didn't get through CJS, and last year, after nearly thirty years in the business, I quit my professional countryside role and made my internet and communications hobby into a paying job. But I just can't give up CJS  - I still keep my eyes open for the CJS Professional and the news digest on the website is second to none. It delights me that this wonderful institution has survived and thrived for so long - I just hope I make it to see the CJS 50 year anniversary!


And don't forget to enter this month's birthday gift giveaway which is a year's subscription to CJS Weekly - we're giving away one for each year so that's 25 up for grabs: enter your details here.