It's tell a joke day! 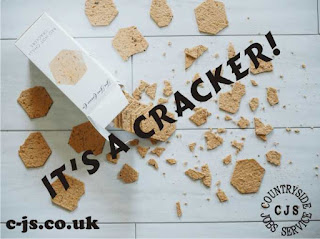 CJS has a rich history of jokes, founder Niall being the office jester! Every year he would write a gag job advert for the edition nearest April Fools day, a few that stick in mind are the Cuckoo Nest Box Officer and the Flying Swineherd.  The office staff turned killjoys when one year in the ASK section (how to apply) the instructions given were to put your CV in an SAE and post, apparently whatever the job was (we can't really remember) was very popular and we were inundated with enquiries as to how to apply, after explaining it was meant to be a joke for what felt like the hundredth time we said no more.  He turned his comic genius instead to a page on the website dedicated to countryside jokes and readers were invited to send in their favourites, countryside and nature related of course:
You get the gist and level of CJS humour in those days, just right for env ed with a bunch of primary aged children, you can see more via the wayback machine.  We also had some a little more appealing to frazzled rangers, such as
And this list of CPD courses from our ancient web archive (2005 edition), also timed for April Fools (PDF). Although if anyone tries to Bonsai me they'll get chopped off at the knees (I'm already vertically challenged enough as it is!!).

Brighten up a dull Thursday and tell a joke or two of your own.
Email Post
Labels: April Fool giggles jokes national day Niall tell a joke day