What lurks beneath the waves? 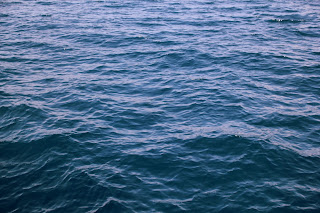 It's forty years since Steven Spielberg first terrified the life out of innocent bathers with his (Peter Benchley's actually) man-eating great white.  Even years later when it was shown on television such was the impact that my mum tucked her feet under her whilst sitting on the sofa!
This fantastic piece of cinema however made a huge difference to people's reactions to sharks casting them as the ultimate man-eating baddie of the seas and it's taken years for their reputation to even to begin to recover.
Part of their rehabilitation is Shark Awareness Day - which is today.
Although you're not likely to see a Great White (not impossible but so far unconfirmed) there are over 30 species of shark regularly found in British waters, and the Shark Trust would like to know which you may spot.  Check your ID using their fact sheets here.


Many of the other marine organisations would like sightings too, of basking sharks, jellyfish, seaweed, crabs and eels. There are details of some of these on our list for field and surveys here.

New species are being discovered all the time, there is a man who have been going to the markets in Taiwan for over 30 years with the sole intention of finding new species of shark,  so far he has names 24 different sharks, rays, sawfish and ghost sharks, read about him in the BBC magazine here.

Our most recent CJS Focus doesn't have many sharks but it does look in depth (pardon the pun!) at Marine and Coastal Environments and is in association with the Marine Conservation Society. Read it here.