Skip to main content
Labels
Posted by Kerryn May 12, 2022

A swarm in May is worth a load of hay 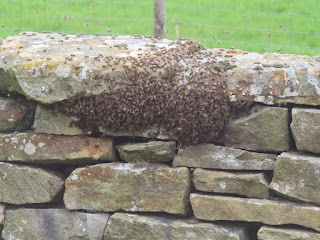 Well we must be in for a good harvest then! On Tuesday afternoon the sky darkened as a huge swarm of honey bees descended, sending the builders repairing the weatherboards running for cover, they even abandoned their mugs of tea! The bees settled on the wall just by the gate forming a large mass and still buzzing around quite angrily. 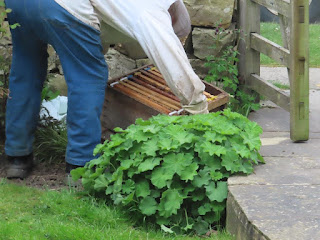 I phoned the local beekeeper who lives in the village and he came up with an empty hive giving them a lovely slide to guide them down into the frames but our bees quite liked the warm, sheltered dry stone wall. 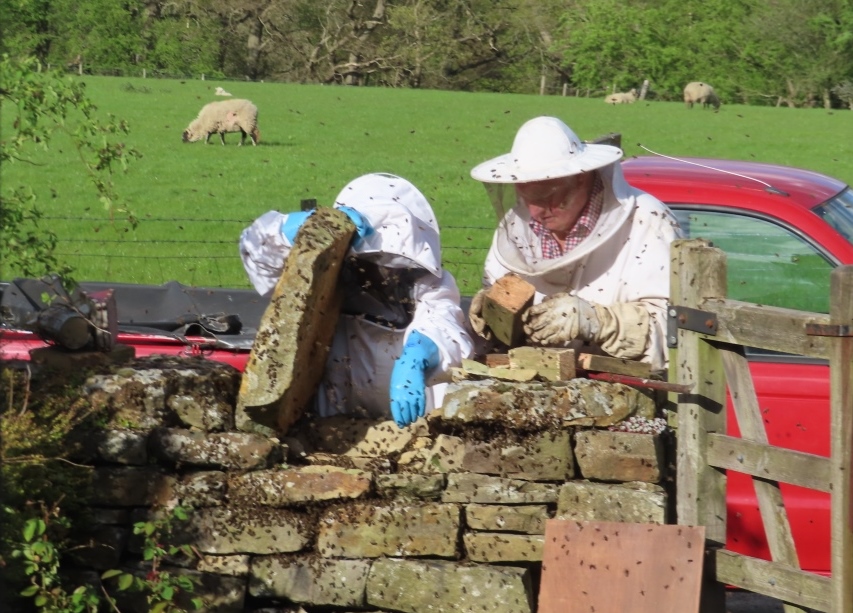 So it was decided to make the wall a little less nice by removing  several stones; clusters of very angry bees were scooped into the hive and we hoped one of those clusters had the queen.

They were left over night but in the morning the wall was still buzzing and the hive was empty, Beekeeper John was beginning to think the unthinkable and that he might have to gas them - it wasn't safe to leave them where they were. 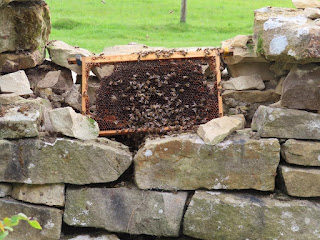 One last effort was made and a partially filled frame loaded with honey was left propped on the top of the wall in the hope that the honey might draw the queen out. And joy of joys it worked! More bees were scooped into the hive box and then they started going in out like lovely well behaved bees, even having a little dance on the entry board. 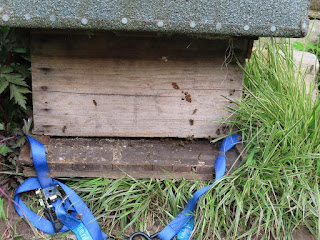 After a few hours to get settled and for as many bees as possible to move house into their lovely new hive John took them to his veggie patch with his other hives (and chickens!) where he is feeding them with sugarwater to help them get over their adventure and settle into their new home, later in the year he'll take them up onto the moors to make heather honey.

And what do Beekeepers wear? (other than veils and gloves) Wellies with bees on them!! Bees are not just a hobby but a passion. 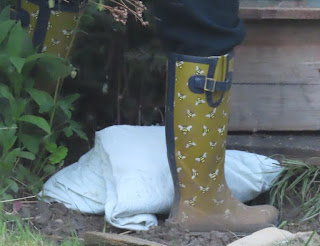