More snow, and then some more snow. 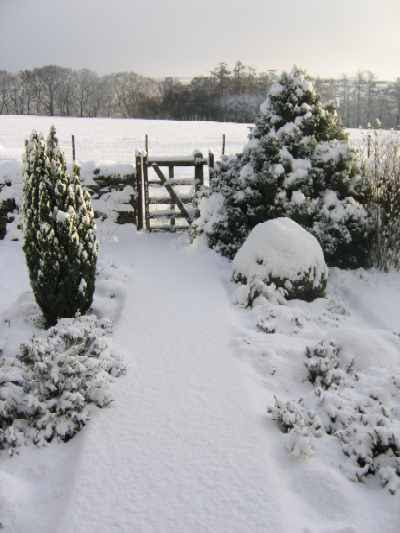 So far the count is one abandoned car, one bumped car (slid into by a transit van whilst stationary), a few sore muscles from too much sledging and lots of damp clothes from snowballs – hopefully that's it. The woodstove is going full tilt keeping us all warm and preventing brains from congealing. In the office we're having of those weeks: yesterday the second half of the work on the server was to take place but it was discovered that the first half hadn't gone according to plan so that was abandoned. Plan B has been pressed into action and a whole new set of hard drives are being configured and at some point will be switched for the old ones which will mean another day offline, we don’t know when yet but will let you know well in advance. Our webhost server (not the office one, we keep them separate) blocked the submissions from the online forms delivering two days worth this morning, including a deluge from a webbot – which may have been the problem. So backup procedures have now been added to the site and a few changes are planned.
However the CJS team struggle on and are determined that your copies of CJS will arrive in full and on time.
Email Post
Labels: server snow weather